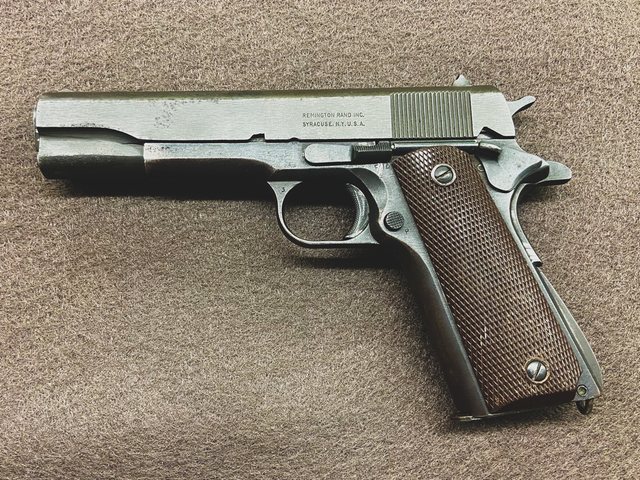 During World War II, the U.S. government needed to scale up production of arms. One such firearm needed in larger quantities was the military's iconic sidearm: the M1911. Following a few changes to the original design, in 1926 an updated design was standardized, resulting in the “A1” designation. The U.S. government order was to build M1911A1 pistols, .45 ACP-chambered semi-automatics of John Browning’s M1911 design.

Colt Manufacturing Company was unable to fulfill the demand and was assisted by Remington Rand, Singer Corporation, Union Switch & Signal, Remington Arms (not to be confused with Remington Rand), and the Ithaca Gun Company. Remington Rand produced 958,764 licensed copies of the M1911A1 for the war effort between 1942–1945. After the war, all contracts for the M1911A1 were cancelled.