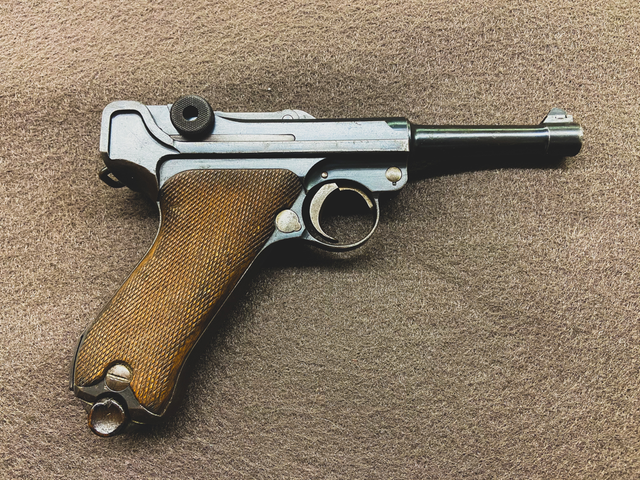 The Pistol Parabellum, commonly known as a Luger P-08, is a toggle-locked recoil-operated semi-automatic pistol. The Luger was produced in several models and by several nations from 1898 to 1948. The design was first patented by Georg Luger. The Luger was officially adopted by the Swiss military in 1901, the Imperial German Navy in 1906 and the German Army in 1908. The Luger was also the standard service pistol of Switzerland, Portugal, the Netherlands, Brazil, Bolivia, and Bulgaria. It is well known for its wide use by Germany during World War I and World War II. The name Parabellum comes from the Latin phrase, "Si vis pacem, para bellum," meaning "If you wish for peace, prepare for war."